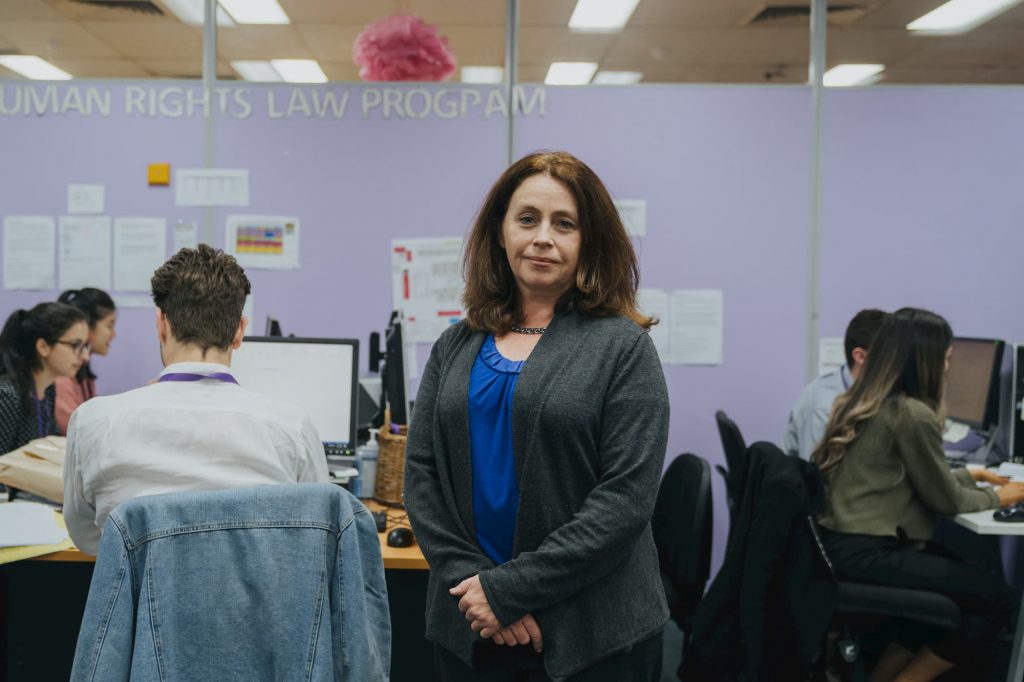 Carolyn’s team of 16 human rights lawyers are some of the best in the country, working tirelessly around the clock to successfully protect the rights of people to seek asylum in Australia. Together with 200 legal volunteers and other pro bono legal partners our legal team provide free legal advice at every step of people’s asylum application process, giving them a fighting chance to live safely here.

Carolyn’s weekly emails are eagerly anticipated by the organisation, providing hope and reminding us to celebrate our wins and progress toward a fairer and more just Australia for people seeking asylum.

Thank you for supporting the ASRC and the work of the HRLP.  With your support this is a taste of what is possible:

I’m so pleased to be able to share with you some new good news updates in relation to the Human Rights Law Program! We’ve seen some important decisions made over the past few weeks that have righted some wrongs, thanks to the excellent work of several members of the legal team helping to keep people safe.

Firstly, you can be proud of the team’s work in fighting for gender justice. Permanent protection visas were granted to an Indian woman and her child suffering from family violence and persecution.

This is one of our long-standing and most difficult cases. The client was not given the chance to be interviewed and was refused ‘on the papers’ by the Department. She then missed her appeal deadline due to notification issues. We then helped her to apply to the High Court and won her case, so the original decision to refuse her protection claim was put aside. The court decision provided important guidance on the assessment of family violence claims and raised issues of statelessness of children. This is the type of case that sets a precedent to help change the lives of many more people.

However the struggle for our client wasn’t over. The Department then rejected her case again. With our support, she appealed to the Administrative Appeals Tribunal and the case was finally won. She and her child will now be granted permanent protection visas and have the chance to rebuild their lives in safety.

This week, we also filed an urgent petition to the UN Human Rights Committee for an ongoing case where there was strong medical evidence the person would die if deportation proceeded. Interim measures were granted by the Committee requesting our Government not to deport our client until the Committee had an opportunity to consider his complaint and so far the Government has complied. This is what makes using international rights process and legal advocacy so important. We’re not there yet – but continue the battle for this person’s rights, we will!

We also had a client granted a bridging visa and released from detention today, after five years! This client arrived in 2007…yes you read correctly, 12 years ago. He has 3 kids born in Australia, one of them a citizen and his family have looked to build their life here. He applied for protection in 2008 and, unbelievably, his protection case is still going on…but while we don’t have a final result yet, it is a huge relief to him and his long-suffering wife and children that he has now been released. This is just another example of the unfair system that people can get caught up in that we continue to fight against.

Legally, it seems there had been little change in his situation for the past 3 years to explain the decision to grant him a bridging visa now. But some deep digging into his case history by one of our senior lawyers found a flaw in the Department of Home Affairs’ reasons for refusing him a bridging visa, and this recent submission seems to have been the catalyst for grant of his bridging visa. So another really special moment for the team, hearing our lawyer on the phone with him just after his release! We still have some way to go for this client, and for other members of his family, but it’s such a major breakthrough and important that we just had to share this news with everyone!

Thanks everyone – this is all made possible by our community continuing to work together, so well done all!

*Some details changed to protect the privacy and identity of clients

For many people seeking asylum the ASRC is the only place they can receive legal advice to help them navigate the tortuous asylum process as well as receive humanitarian support during their refugee determination process. By donating to the ASRC you put a lawyer on people’s side and give them a fighting chance to live safely here.

Donate now to the ASRC End of Year Appeal to help us fund the important work of our Human Rights Law Program for 2020.