“Until I was forced to leave my home, I’d never questioned what ‘home’ meant” 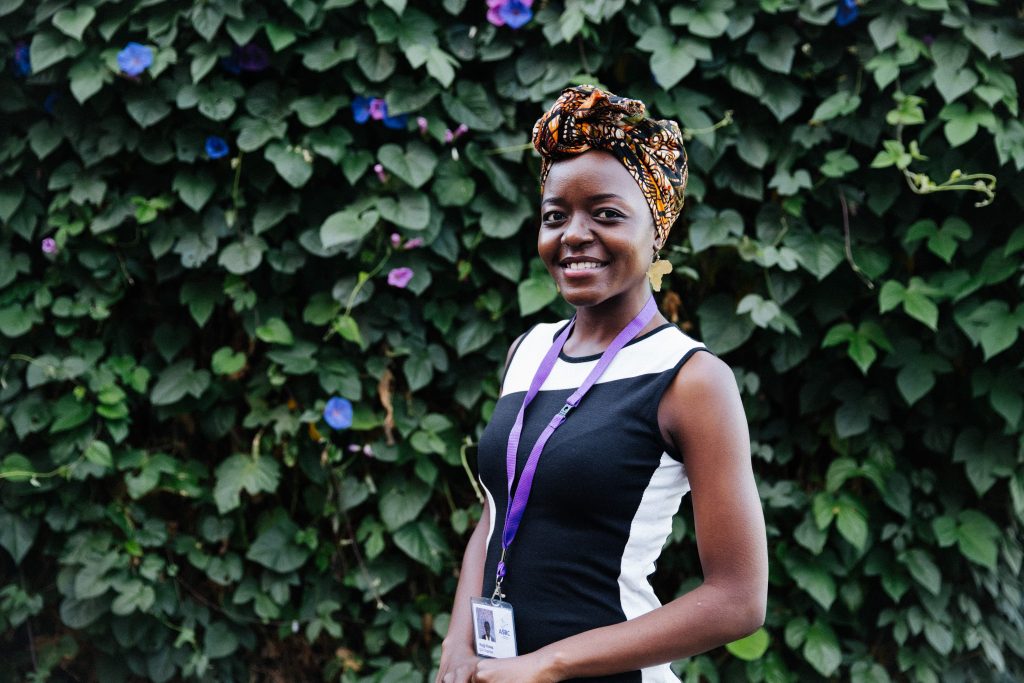 “Until I was forced to leave my home, I’d never questioned what ‘home’ meant”

When I first landed in Australia I remember I was so nervous. But also I was just really hot.  “What is this weather?” I thought being from Sudan I knew what heat was, but nothing compares to the beautiful Brisbane summers.

My cultural background is tribal Indigenous African from the Nuba Mountains, we are the Indigenous people of Sudan. Until I was forced to leave my home, I never questioned what ‘home’ meant.

I was forced to consider my identity when I came here, to Australia, because as a woman of colour in Queensland, I stood out. I was looked at and treated as ‘the other’. I found it very hard to reconcile my sense of self. Suddenly placed in a new culture and no one looked like me. I was constantly questioning who I was and how I fit in this new place. 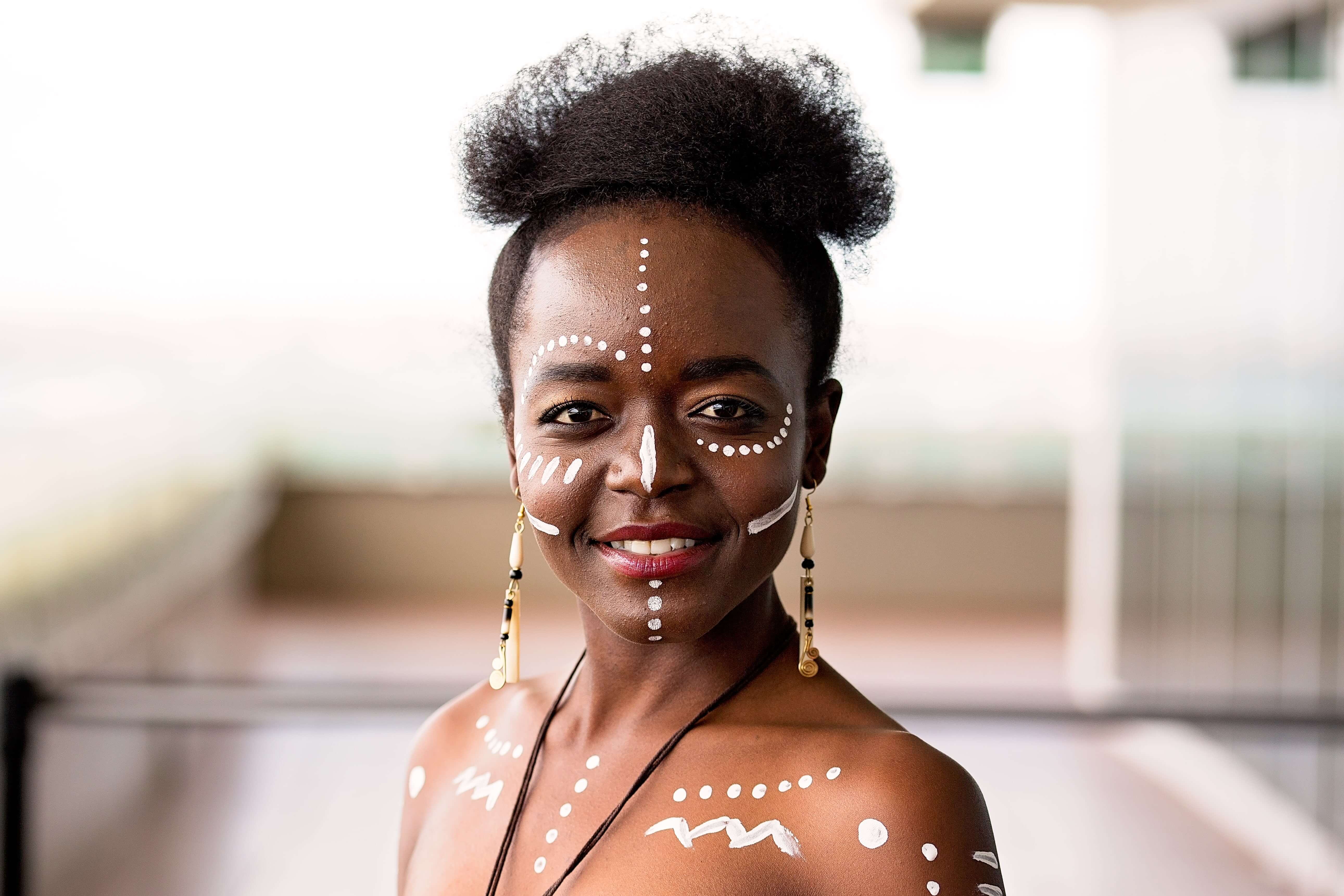 Until I was forced to leave my home, I never questioned what ‘home’ meant.

I was forced to consider my identity when I came here, to Australia, because as a woman of colour in Queensland, I stood out.

That began to shift one day at a train station in Ipswich when I saw an Aboriginal art mural. It changed everything. I stood in front of it and considered the colours and patterns. They reminded me so much of the Indigenous art from home. I stood and stared at it for so long that I missed my train. It stirred something inside of me. I felt a connection. Something shifted inside of me and I thought: ‘I have to paint’.

I had never painted before. I went to a supply store but I had no idea what to buy, so I felt the brush on my skin to imagine its effect on the paper. The shopkeeper probably thought I was insane. I rushed home and did what every twentysomething does to learn a new skill , I went to YouTube. Through video tutorials I learnt create shape and light, pair colours and use the right brush. I learned to paint.

I became obsessed with all Australian Indigenous art. Wherever I went I would try to find galleries with Indigenous art. Albert Namitajira, probably Australia’s most famous painter, was a particular inspiration. Although his paintings were seemingly in the ‘western style’, they had a hidden meaning. He did something that no one was expecting.

I was painting a lot. To both clarify and express my sense of identity. The first time  I showed a piece at an event someone asked to buy it. I was shocked. I had no idea how to price it, so I sold it for $15. 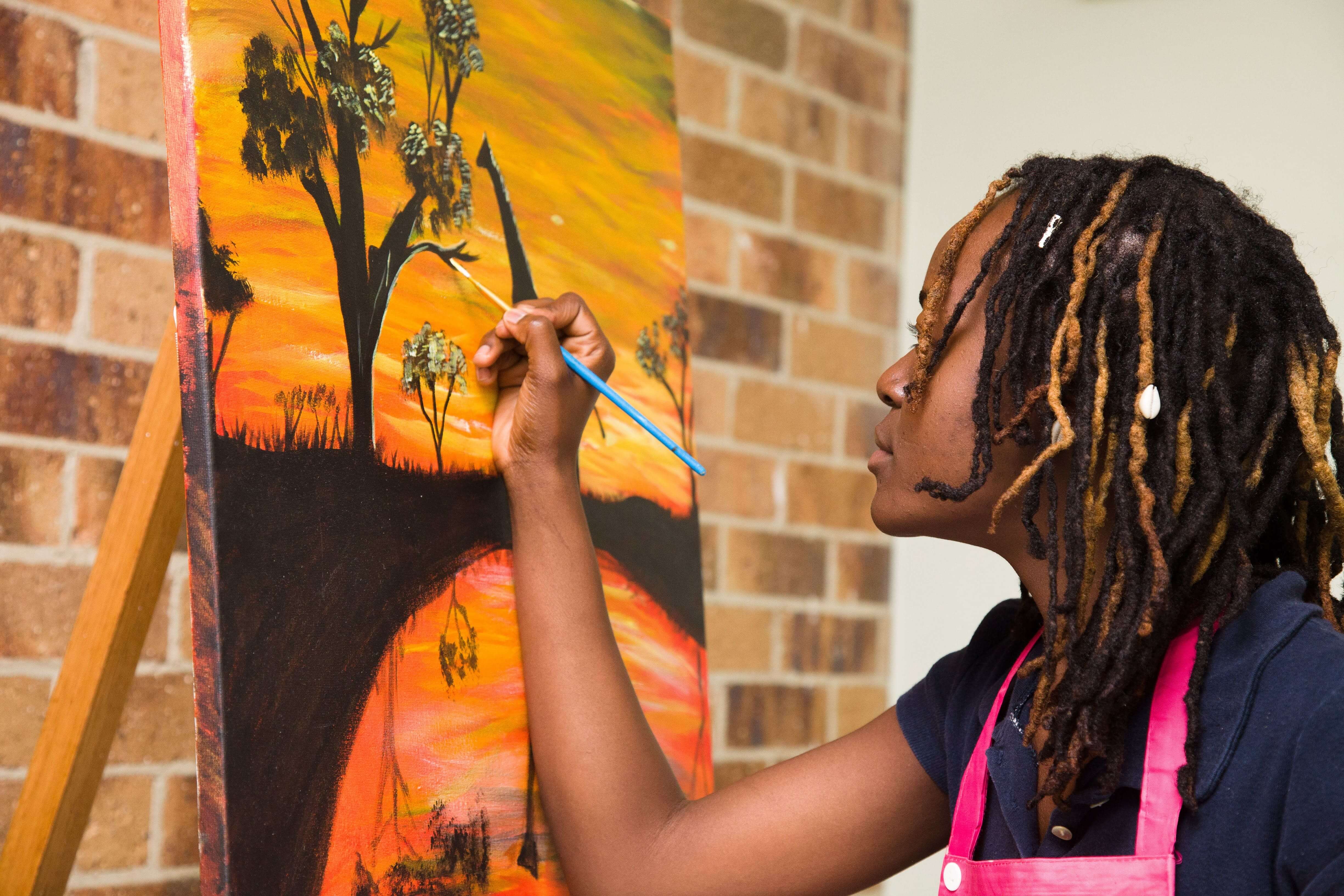 A few months later I held a solo exhibition of twenty six pieces. It was incredible to see others connecting and drawing their own meanings from my work. Sixteen of the pieces sold, making it the most successful show the gallery had ever held. I was over the moon.

It was mind blowing. But I don’t feel the need to create art just to sell, I mean it was great that people could appreciate my work, but felt like I needed more than that. And that was to connect with people. I want others to feel the joy of expression through art that I have, so now I host art workshops. I start the sessions by talking about my journey to Australia, my culture, and my identity.

I am using art as a platform to stimulate conversations, to connect people to others but also to themselves. I love watching people pick up a paintbrush for the first time and see their nervous strokes grow more confident as they loosen up. That is what art does to you, it frees your mind and allows you to connect with yourself. 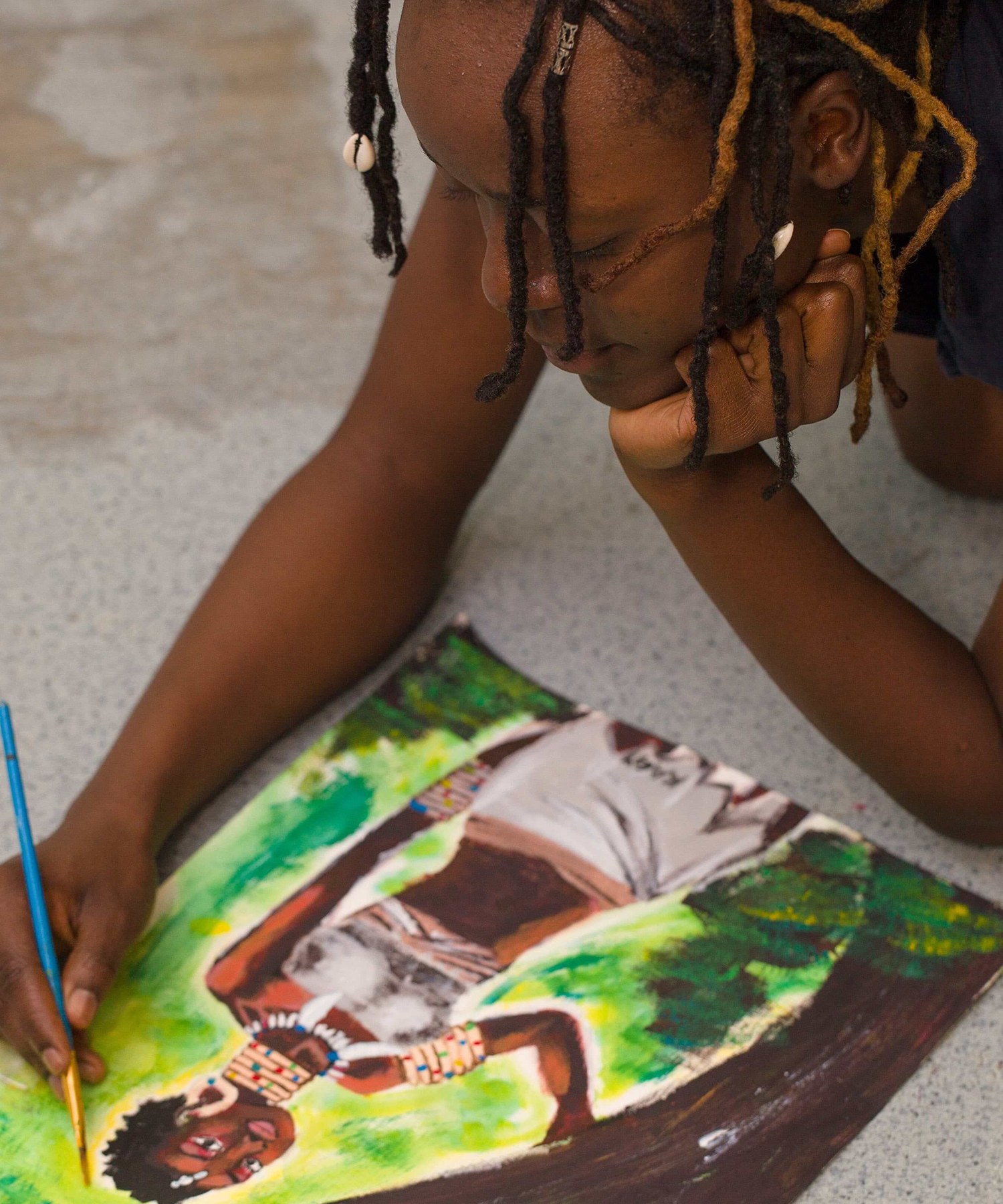 But I don’t feel the need to create art just to sell, I mean it was great that people could appreciate my work, but felt like I needed more than that. And that was to connect with people.

Art is a tool that I used at a time when I was so lost. Almost all of my closest friends I have met through art and I feel that I am really part of a community.

I never had a constant physical experience of ‘home’ – so I can’t define home through belonging to the physical – rather I define it as belonging to people, a community. And I’ve been lucky to find that community through arts, that’s how I’ve met many of my closest friends.

It’s the people around you that make home. Friends that you share things with. Being able to be yourself.

I’m grateful that my artwork can be a stimulant for others to share their voice and their story. I think empowering others is the most satisfying achievement, and that’s what I’m trying to do in my job at the ASRC.

I am a community organiser based in Brisbane. I’m responsible for building a grassroots movement with refugees at the centre to fight for systemic change at a policy level.

My role day to day, is about having conversations. It’s about challenging the misconceptions and answering the mistruths as well as creating awareness of the plight of refugees and people seeking asylum.

We are seeing the narrative shift. People are starting to question the policies and politicians who have have been vilifying refugees and people seeking asylum.

We have to start listening to people with lived experience of seeking asylum. Their stories and lives are important. They’re worth hearing and worth fighting for.

I want an Australia where everyone feels free and comfortable in their skin, where they feel they belong – and that’s what motivates me. Be it through art or in my role community organising, that’s what I’m working towards. 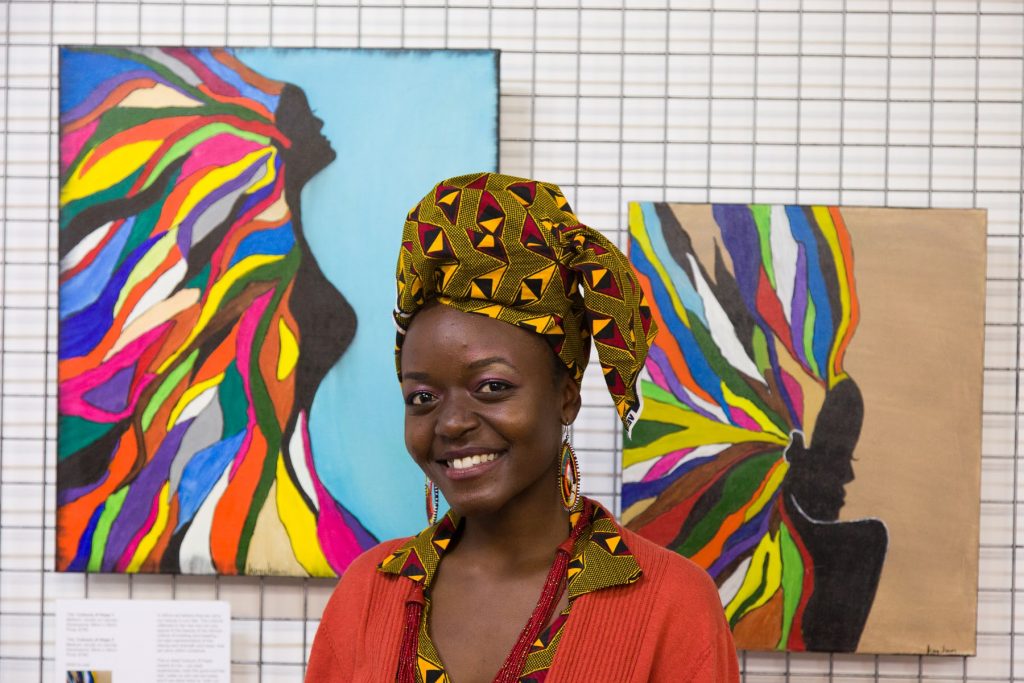 Refugees and people seeking asylum are beside you in your community – they are your neighbours, business owners, teachers, lawyers, scientists, colleagues, young people, volunteers and friends.

Get to know their stories and stand with refugees and people seeking asylum.

All refugees are welcome. Time to reframe the language and open our hearts to all refugees. Refugees bring a wealth of knowledge and skills to our communities. It is time to welcome all people seeking asylum as new Australians. Time for change. A time for compassion. A time to be welcoming.
Suzanne
I welcome you with open arms as you seek refuge. Once you feel safe and settled I wish you every success in achieving a happy and successful life in Australia.
Deidre
Refugees are the lifeblood of our nation. Welcome! You are us.
Rob
I worked along side smart and highly educated women, it wasn't until a long car ride I got to know them, I found out one was a refugee and another was a world vision sponsor child.
Philippa
Welcome to all of you. I hope that you find a place here where you feel safe and happy. We are all made richer by you being here.
Lyn
Yes, there is more that unites us than divides us. Congratulations to Abdul
Diane
My heart overflows with a WELCOME! I have an Afghan "Son" who came as a refugee.
Marion
Welcome! Our country is better with you here. Thank you for making Australia your new home. I hope you find opportunity, community and stability here.
Hayley
Asylum seekers have brought so much to our communities, sharing their skills and cultures, helping us to understand the importance of a safe and open democracy. I welcome them and hope that we can step up to ensure they feel supported and valued in their new settings.
Gail
Previous
Next

Thanks for your interest in supporting the ASRC Telethon on World Refugee Day, Saturday 20th June.

Complete this form with your details and we will send you an email reminder before the event as well as alerts throughout the day when key activities happen.